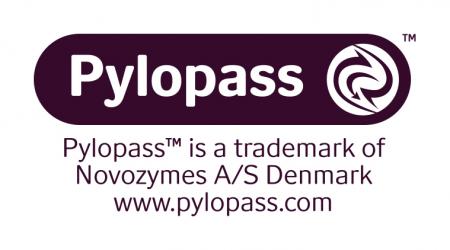 Pylopass™ is a patented strain of Lactobacillus reuteri that offers a new approach to the control of Helicobacter pylori: primary risk factor for ulcers and gastritis.

Pylopass™ has a unique mode of action; Lactobacillus reuteri coaggregates specifically with Helicobacter pylori and so reduces its bacterial load in the stomach.

Pylopass™ is available in France and Benelux.

This is an ingredient for digestive health making it possible to control Helicobacter pylori in the stomach.

Pylopass™ was selected from among 700 wild-type strains of Lactobacillus species for its ability to act as a Helicobacter pylori antagonist.

Known by the scientific community, Lactobacillus reuteri is a lactic acid bacterium belonging to the native bacteria in man and animals. It is a rod-shaped, non-spore-forming, Gram-positive bacterium.

Helicobacter pylori is a helix-shaped Gram-negative bacterium that colonises the stomach. This bacterium is now known as the major cause of ulcers and gastritis. It is thought that 50% of the world’s population is infected by this bacterium, more prevalent in developing countries where up to 90% are infected (Go MF, 2002).

According to Kusters et al. (2006), the severity of symptoms is linked to the bacterial load and an untreated ulcer or gastritis can lead to cancer.

Thus, Pylopass™ is a  very interesting solution against H. pylori, thanks to a unique mode of action.

Lactobacillus reuteri binds specifically to H. pylori in the stomach. The adhesion molecules at the surface of Pylopass™ recognise and adhere to the surface of Helicobacter pylori. Aggregates form in the stomach are then excreted through the digestive tract and eliminated from the body (Figure 1). 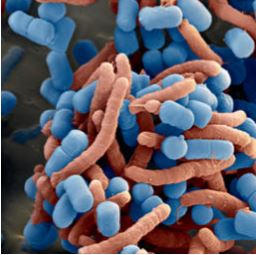 Click below to watch the unique mode of action of Pylopass™

Pylopass™ is obtained by a fermentation process and drying (atomisation) from cells of Lactobacillus reuteri. This is done at low temperature to avoid denaturing the adhesion molecules at the surface of the cells. The fermentation is standardised to coaggregation levels. This means that Pylopass™ products have been fermented to ther peak aggregation abilities.

Various studies have been done on the mechanism of action and health benefits of Pylopass™.

The mechanism of action of Pylopass™ reduces colonisation of the stomach by H. pylori, primary risk factor for ulcers and gastritis.

Its role is supported by six studies. The major results of the study by Mehling & Busjahn in 2013 and by Holz et al. in 2014 (in vitro and pilot study) will be introduced here.

Firstly, the in vitro study by Holz et al. assessed the effectiveness of Lactobacillus reuteri DSM 17648, the Pylopass™ strain.

The first in vitro results highlight the specific mechanism of Pylopass™. 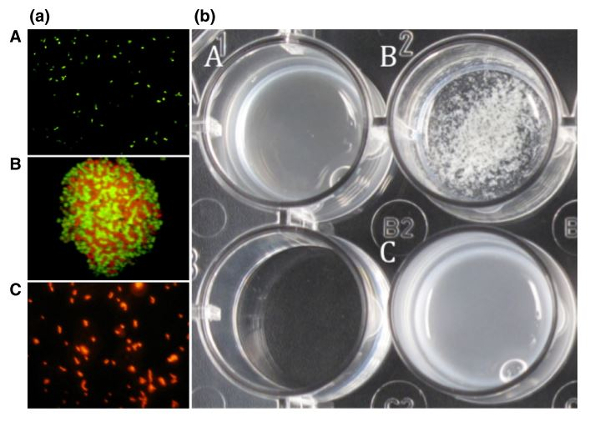 Figure 1 : Microscopic (a) and macroscopic (b) examination of the coaggregation of Lactobacillus reuteri and Helicobacter pylori.

(a) (A) H. pylori stained with hexidium iodide

(B) Coaggregation of H. pylori and L. reuteri

(B) Coaggregation of H. pylori and Pylopass™

The subsequent clinical study by Mehling & Busjahn published in 2013 evaluated the effect of Pylopass™ supplementation on Helicobacter pylori. This was a single-blind, active-controlled, crossover study on 22 H.pylori-contaminated and asymptomatic participants with average age 47 years. The subjects received a placebo for 14 days then Pylopass™, 200 mg/day for a further 14 days. The doses of 200 mg/day were administered as two 250 mg tablets taken with breakfast and two with dinner.

A solution of labelled urea (75 mg) is swallowed by the patient, then a certain amount of isotope-labelled carbon dioxide is measured in exhaled breath. The exhaled breath sample is measured before swallowing the urea (T 0) and 30 minutes (T 30) later using mass spectrophotometry, giving a value known as the UBT value.

The test is positive if the 13C/12C ratio (12 C: exhaled natural carbon) increases by 4‰ after thirty minutes. This means that the individual is infected with Helicobacter pylori.

Labenz et al. (1993) and Zagari et al. (2005) showed that there is a quantitative relationship between urease activity and the quantity of 13C in fasting patients and therefore an indirect relationship with the degree of colonisation by H. pylori. In this study, a moderately high degree of colonisation is defined if the UBT value is greater than 12‰. Participants were selected at the start of the test by using this value (UBT > 12). A Wilcoxon non-parametric statistical test was applied to compare the effect of the placebo and Pylopass™. 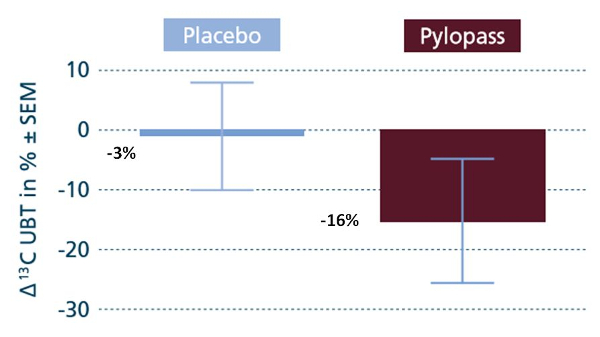 Figure 3: Comparison between placebo and Pylopass™.

Holz et al. (2014) also studied the effect of two weeks’ supplementation with Pylopass™ on the bacterial load of Helicobacter pylori in the stomach. This was a single-blind, randomised, active-controlled cross over pilot study involving 24 participants.

At the start, the participants were contaminated by Helicobacter pylori but did not yet have symptoms.

They received two tablets of 5×109 freeze-dried inactivated Lactobacillus reuteri cells (equivalent to 200 mg of Pylopass™) to be swallowed after breakfast and dinner.

The bacterial load of H. pylori was measured using a UBT test at the beginning of the study (baseline value) and after two weeks.

Pylopass™ therefore significantly reduces the bacterial load of Helicobacter pylori in the stomach and therefore a reduction in the risks of ulcers and gastritis.

For more information about Pylopass™:

The strain of Pylopass™ is part of the Organobalance GmbH collection.

Pylopass™ was selected for its quality as a Helicobacter pylori antagonist.

Pylopass™ belongs to the list of microorganisms that have obtained QPS status (Qualified Presumption of Safety) defined by the EFSA in Europe (2007) by virtue of its safe use in food (1).

It has GRAS status in the United States.

It has been lodged at the Leibniz Institute, German microorganism and cell culture bank, under number DSM 17648.

The use of Lactobacillus reuteri (DSM 17648.) against Helicobacter pylori is protected in Europe by patent EP1963483 B1.

A second patent EP2717890 B1 also protects the use of Lactobacillus reuteri dried by atomisation against H. pylori.

Pylopass™ is a non-allergenic strain (1), non-GMO (2) , gluten-free (3), halal and suitable for vegetarians.

Pylopass™ can be used to formulate food supplements; soft or hard capsules, tablets, sachets, etc. It can also be used as powder in drinks.

The recommended daily dose, defined from clinical studies, is 200 mg. This quantity can be split into different doses.

1 g of Pylopass™ is equivalent to approximately 100 billion cells of Lactobacillus reuteri.

Pylopass™ is a very stable ingredient not requiring refrigeration as, unlike probiotics, these inactivated strains tolerate changes in environmental conditions perfectly. 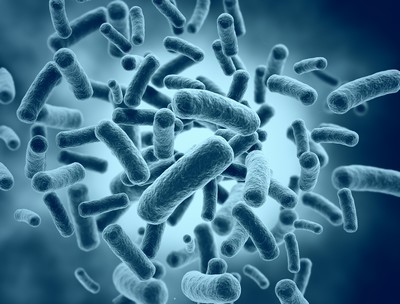 Please leave us your contact information to see the webinar replay on Pylopass™: